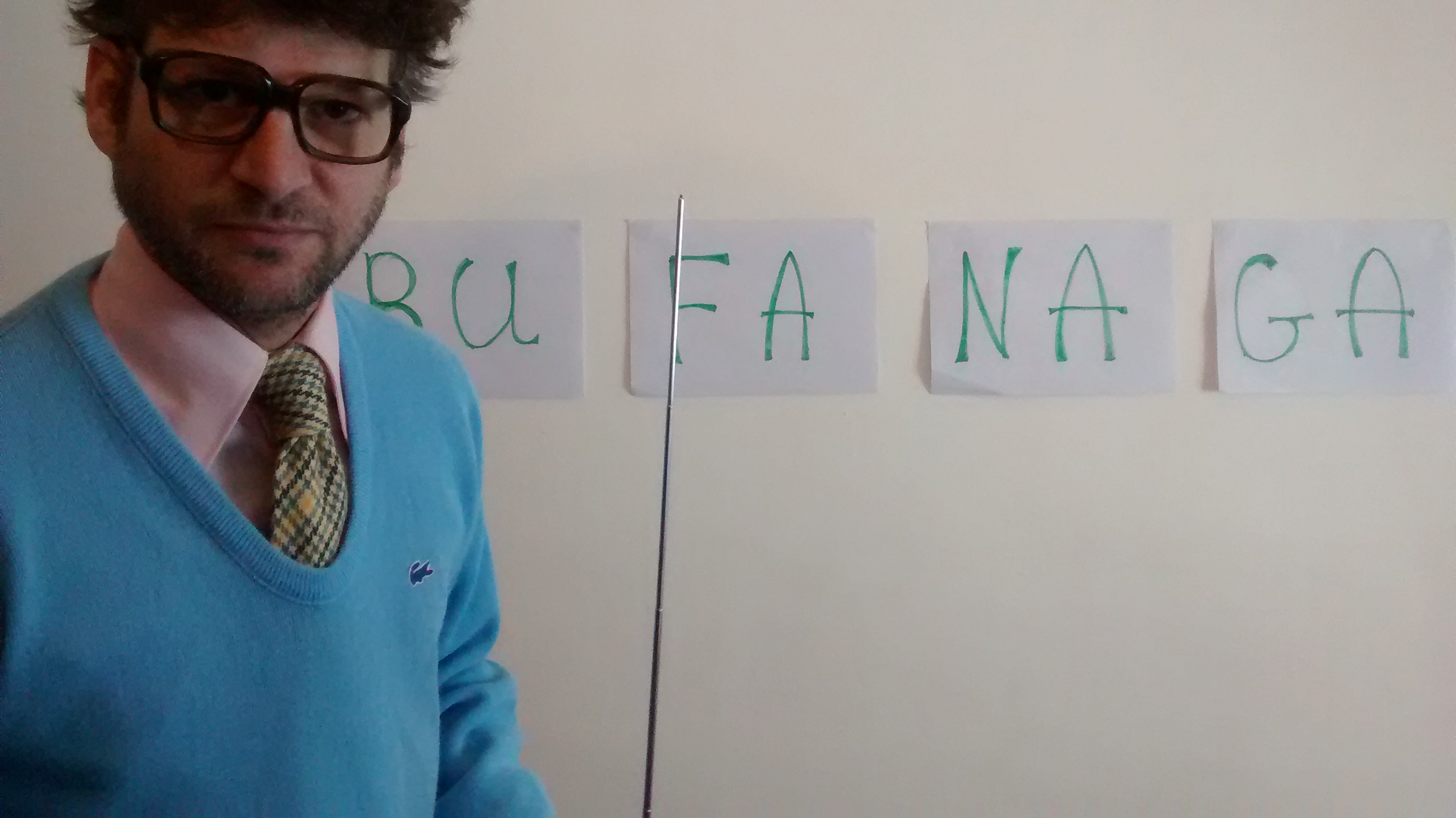 GringoLimbo was born in the United states in 1969, he grew up in Israel and currently resides in Barcelona.

A film school graduate, he worked as a screen writer and editor for Israeli TV and later moved on to design video games and user experience both in Israel and in the USA. Having rediscovered his essence as a performer, he started studying, taking workshops and experimenting as a clown and a street performer, first under the guidance of Jango Edwards and then with other masters such Philippe Gaulier, Johnny Melville, Adrian Schvarzstein, Gil Becher and Teatro Organic, to name just a few.

Since 2003 he has performed in numerous festivals and venues around the world both as a member of ‘The Fools Militia’, a clown troupe directed by Jango Edwards, as well as alone and with his partner Eduardo Rodilla with whom he created ‘The Comical Brothers’ duo.

Between 2007-2009 he created, produced and often performed in ‘Cabaret Cabrón…but profesional’, a weekly clown cabaret show directed by Jango Edwards which ran for over 2 years in the ‘Almazen’ theatre in Barcelona and also toured Catalanuya municipal theaters.

Since 2008 he is a founding member of the Kamchàtka street theater company, an artist collective directed by Adrian Schvarzstein who’s trilogy about human migration has been performed over 350 times in more than 28 countries around the globe . Over the years the company has received accolades worldwide with  considerable critical acclaim and has won several notable prizes such as ‘FAD Sebastià Gasch 2010’ prize for emerging creators and the ‘MiramirO 2008’ grand prize in the Gent international street theatre festival.

His focus on art in pulic space has expanded and diversified since 2009 as a founding member of the ‘NCNC-Film’ group with which has been creating site specific community based street theatre projects, mainly in France. The group has created and presented over 12 large scale projects so far, blending elements of cinema, street theatre and community work, in which he has played a leading role, as dramaturg, researcher and sound designer, drawing from his experience as a street performer, screen writer and multimedia producer.

His current work as a street artist also includes a close collaboration with the Catalan street theatre company ‘Fadunito’ where he is a regular performer in their diffrent show and with whom he co-created and the show ’75 up’, directed by Sergi Estebanell, in which he also perfoed in.